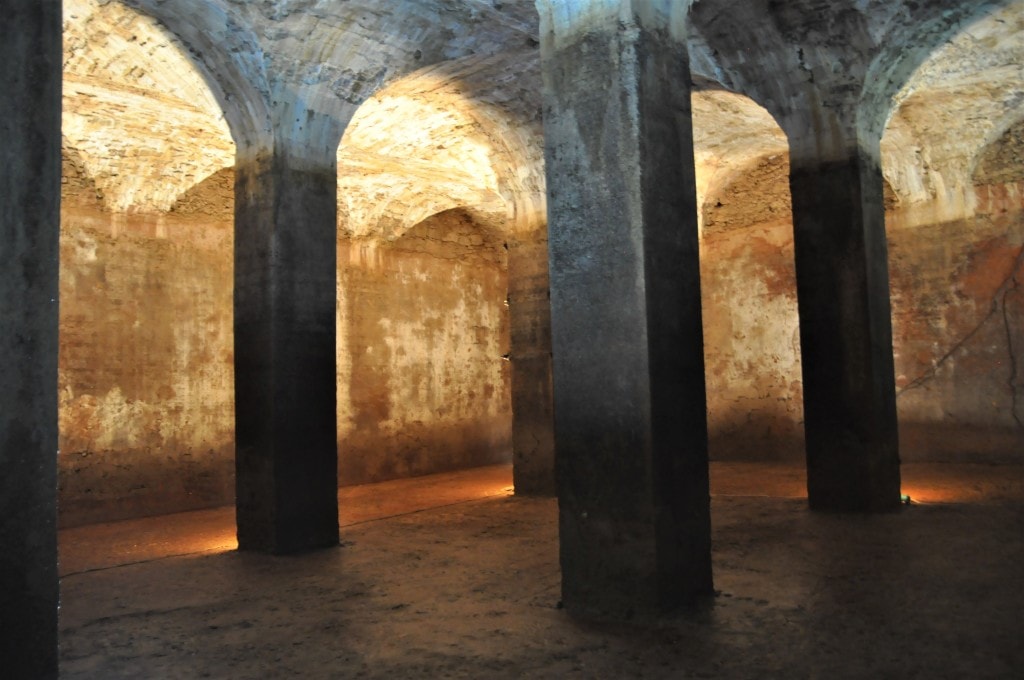 a curiosity in Provence, the underground cathedral of St Martin de Pallière is less than 30 minutes from Le CLOS GERALDY charming guest house at St Maximin la Ste Baume, with pool and Spa.

She looks a bit like her big sister, the Istanbul Cistern.

This curiosity in Provence is in St Martin de Pallière. It is the largest cistern in Europe.

At the heart of the small village, it was built in 1747 to supply the castle and its gardens with water. In addition, it is impressive by its dimensions.

And it amazes by its singularity. In the shelter of an old sheepfold and its oil mill, no one imagines finding such a building.

A huge cistern that looks like an underground cathedral. 20 pillars reminiscent of period Gothic architecture support its vaults. It has been a historic monument since 2003.

But also, it is a very pleasant place in summer because it is very cool there.

Some evenings there are classical or piano concerts.

Finally, it is the owner of the castle, himself who takes care of the maintenance and accompanies you during the visits. He says: “Through this remarkable work, it is all the spirit of an era that is transcribed. Indeed, it is the illustration of the transformation of fortresses, passing from a defensive function to that of residence, adapted to the calmer times of the time. “ 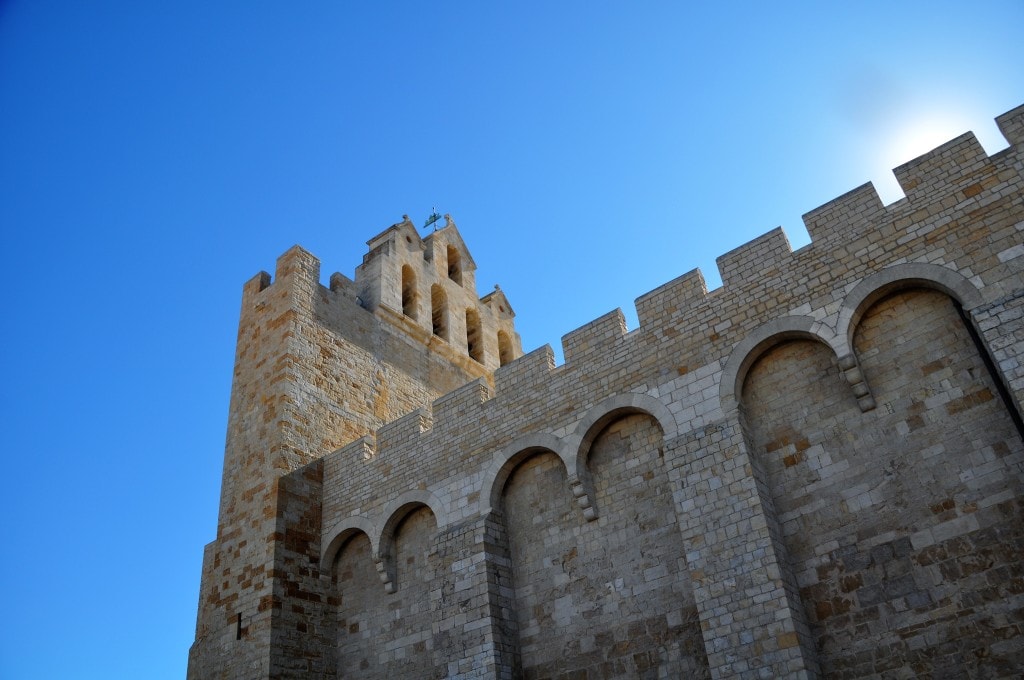 Saintes Marie de La Mer is located just over an hour from Le CLOS GERALDY charming B&B in Provence with spa and pool.

Saintes Marie de la Mer is both a sacred place and the heart of the Camargue.

The village has always been a land of welcome and tradition. It is built between sky and sea, where the Rhône embraces the Mediterranean.

In the shade of its Romanesque bell tower, you stroll through the cobbled streets, in the footsteps of pilgrims. From the village, your steps guide you towards the dunes and the sandy beaches. But also towards the vast expanses of reeds and the herds.

Lovers of nature and wide open spaces, you will taste the joys of hiking and horseback riding. You admire the ballet of birds giving in to the intoxication of navigation and sliding in high winds.

Moreover, in the center of the city, the church is worth a detour and a look. You find a black virgin there. The alleys are punished with traders and small restaurants.

We recommend that you come here in the morning or at the end of the day both for the brightness and to avoid the crowds.

Le Clos Geraldy can provide you with information, advices and itinerary for visiting this area. 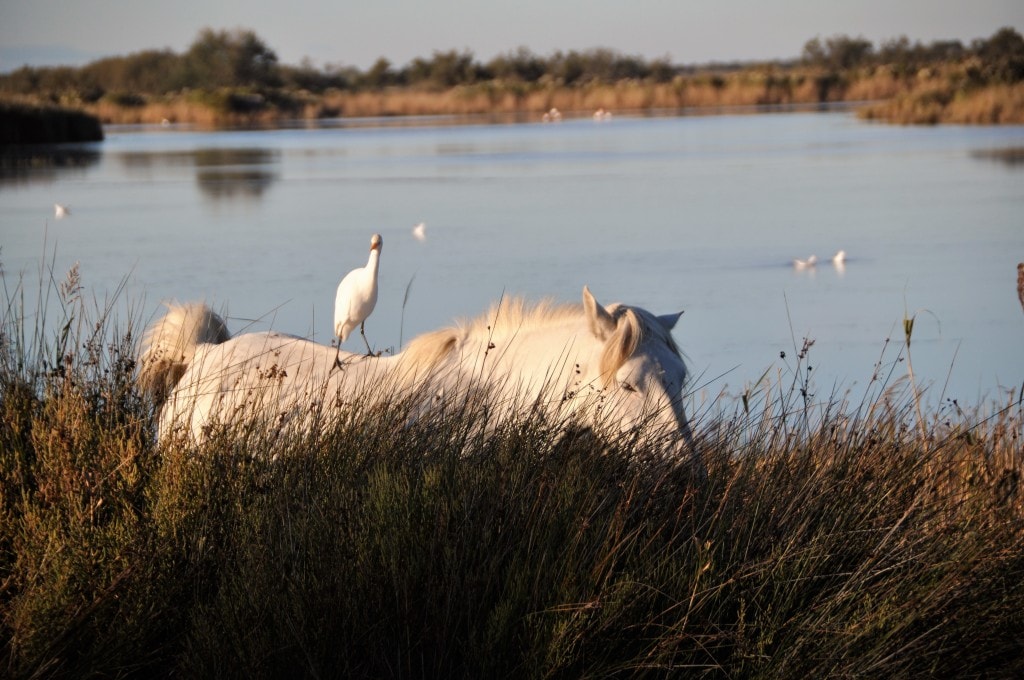 Camargue is an exceptional, rare and magical territory. It is located at 90 minutes from Le CLOS GERALDY charming guest house in Provence with pool and Spa.

Camargue is a dream destination, authentic nature, a protected environment.

They are vast desert areas of water and silty, sandy soil. But also a land for breeding herds of bulls and horses. And again a land of migration of a large number of birds.

But more still. It is a coastline devoid of any urbanization. But also a philosophy of life. Or even the inhabitants proud of their bouvine culture. Or the tradition of the Gardians, True Mediterranean gauchos.

This territory is geographically limited to the north by the beautiful city of Arles, to the south by the sea and its capital, the superb village of Saintes Maries de la Mer. East and West sides by the two arms of the Rhône.

You can also visit the Domaine de la Palissade, the Lighthouses of Gacholle, Beauduc and Faraman. Without forgetting the Etang du Fangassier, the towns of Avignon and Aigues-Morte. And finally the salt marshes of Salin-de-Giraud and the Plage du Beauduc. 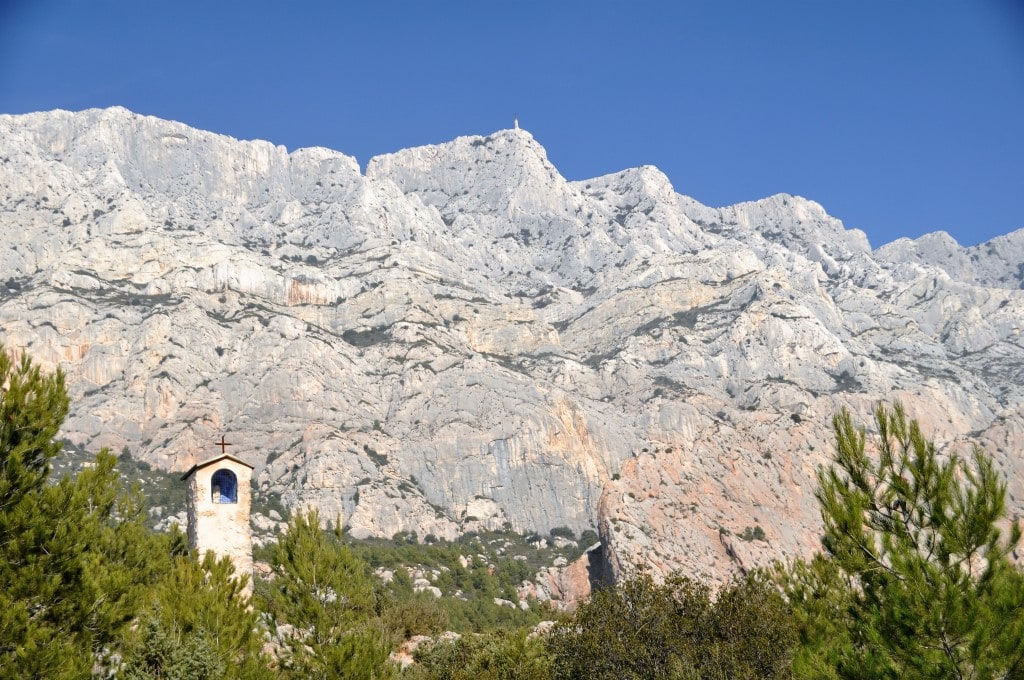 At only 20 minutes from Le CLOS GERALDY, charming guest house in Provence with pool and spa, this Grand site in France is imposing and majestic.

Sainte-Victoire has been one of the top 4 Grand Sites in France since 2004. Label from the Ministry of Ecology when the structure responsible for the space demonstrates excellent management respecting the principles of sustainable development.

It is made up of 5 different parts: The scrubland, the forest, the lawn, the rocks and the agricultural areas. In terms of fauna, we find the Bonelli’s eagle, the hedgehog locust and the ocellated lizard.

You can also meet the jagged magician, the rock mound or the circaetus jean le blanc. Finally, we also find the Aesculapius snake, common genet and pipistrelle.

Ste victoire hike means walking in the painter Cézanne’s favorite landscape. He has immortalized him on more than 80 of his paintings.

The massif stretches from Aix en Provence to the village of Pourrière. It is a kind of link between the departments of Var and Bouches du Rhône.

Moreover, if you wish, you can end your day in one of the restaurants in Aix en Provence a few kilometers away.