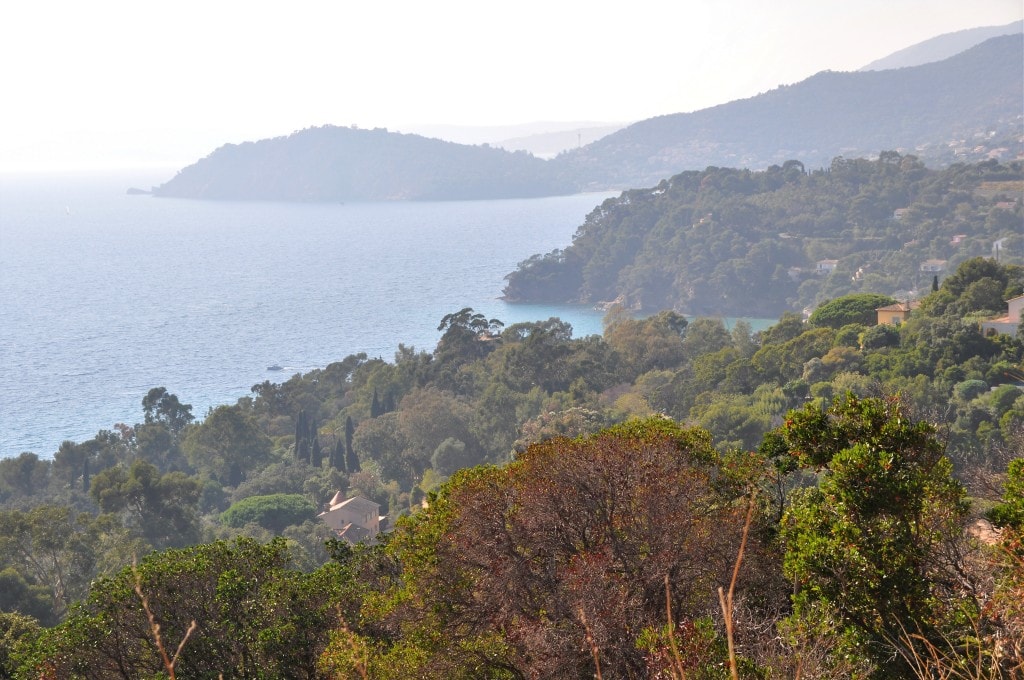 The beaches of Lavandou, are among the most beautiful in the Mediterranean. They are located at approximately 1h 15 from Le CLOS GERALDY Bed and Breakfast. Lavandou , authentic fishing village and seaside resort on the Côte d’Azur Var at the foot of the Massif des Maures, offers 12 kilometers of coastline and 12 sandy beaches.

District of Anglade than Pramousquier, 12 different sandy beaches await you in Lavandou.
Under the sun of the Var coast, discover coves hidden or steep, but also beaches equipped, all invite you to relax or water activities, water and underwater. 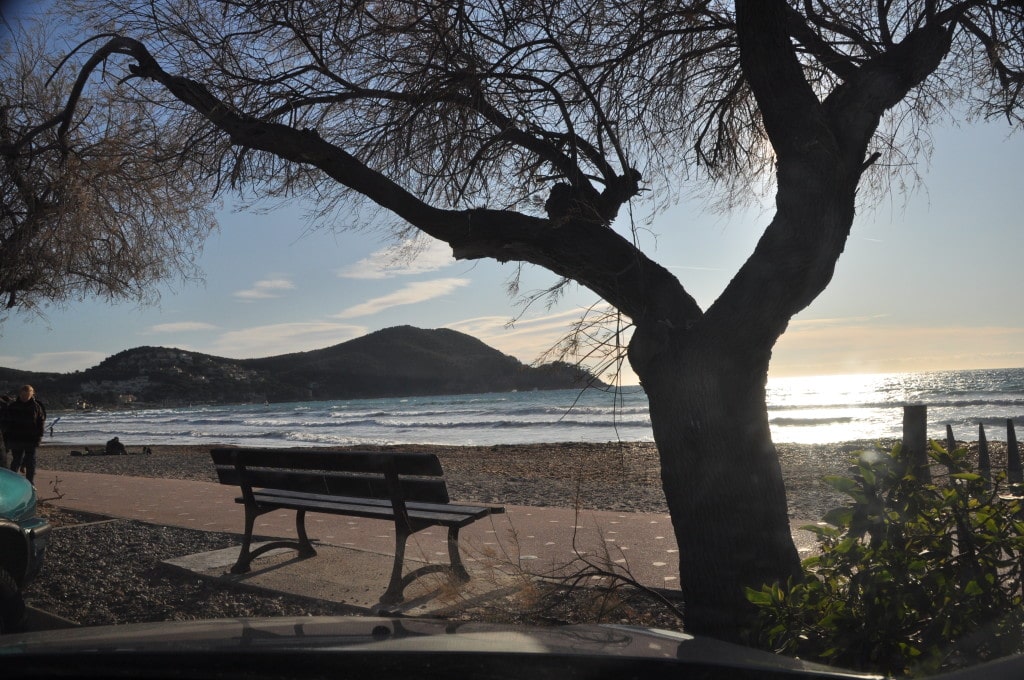 Between Cassis and La Ciotat, Les LEQUES is a seaside village 1 hour from Le CLOS GERALDY Bed and Breakfast. With its sublime sand stretch of nearly 2km and its postcard view, this beach invites you all year long to share the sweetness of its Mediterranean climate. An exceptional natural heritage, the bay of Lecques is surrounded by wooded hills and remarkable landscapes. 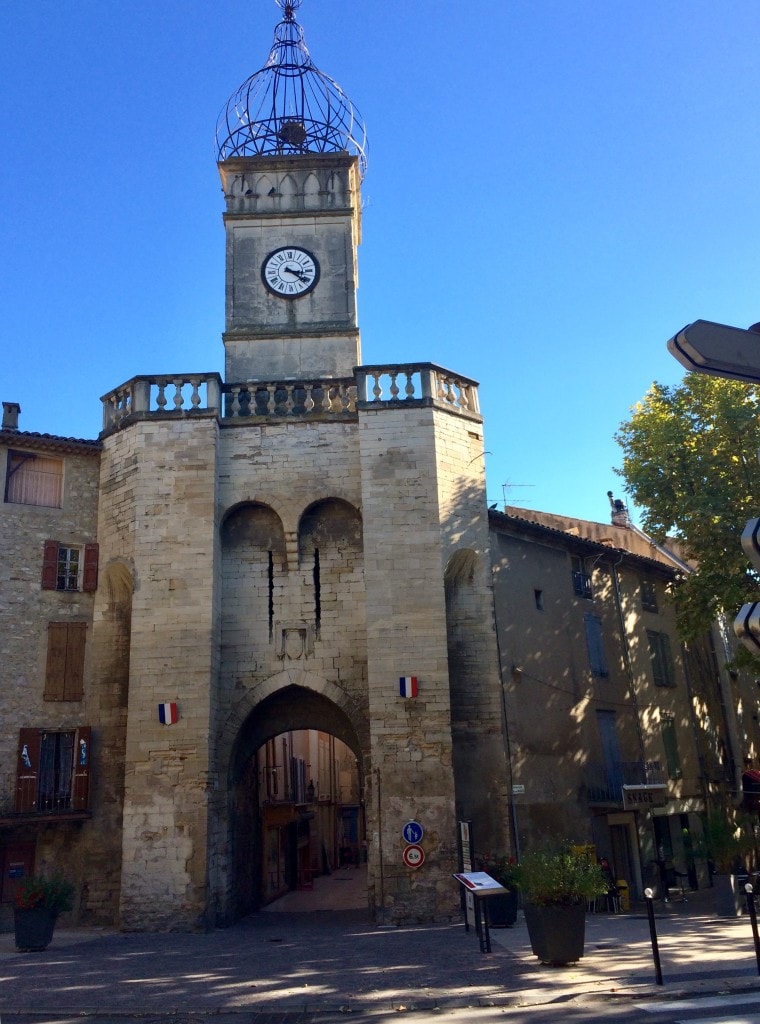 Located at 1h15 From LE CLOS GERALDYBed and Breakfast., Manosque is at the door of the Luberon. A millennial and legendary city. Small rural town, Manosque became, over the years, the most populated city of the Alpes de Haute-Provence department. A thousand-year-old city, it leaves hardly any trace of its existence before the Roman period when it becomes famous for its large regional market. 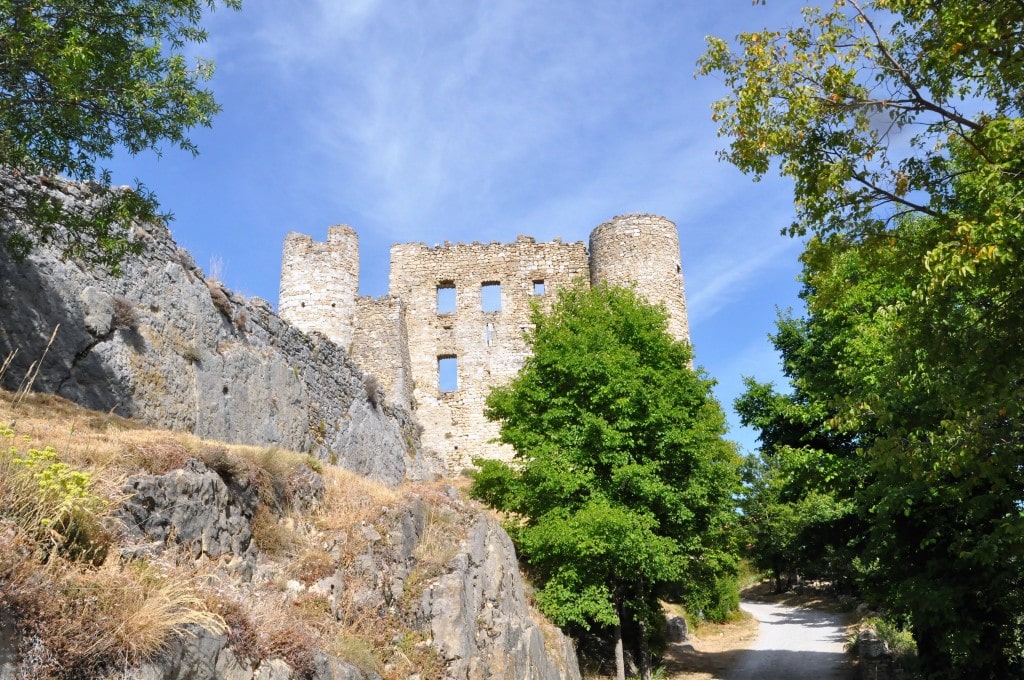 Mons is a Village of Haut Var accessible from the Bed and Breakfast CLOS GERALDY. Built on a high plateau, in an area occupied since prehistoric times where the Romans built an aqueduct (still visible at Rochetaillée), Mons once belonged to the principality of Callian in the 11th century, before becoming a stronghold of the Villeneuve family up until the Revolution. This beautiful little Provençal village still stands proudly on a rocky spur, where the remains of the feudal castle and its defensive wall can still be seen (at the least the base of one tower). From MONS, you can reach the other villages: Bargeme, Saint Cezaire. 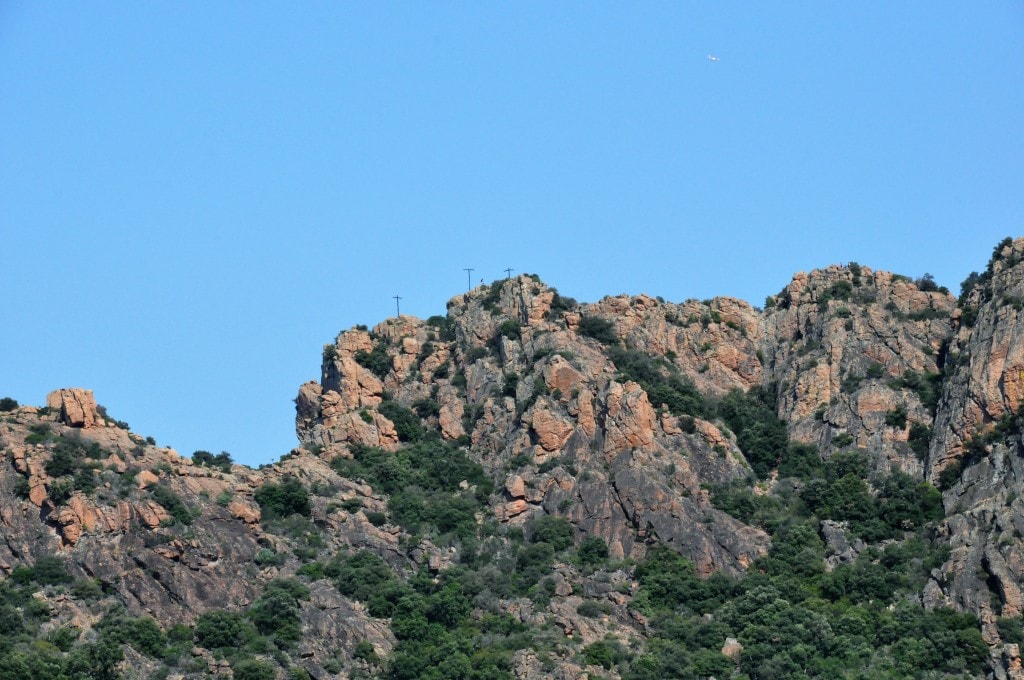 The ROC of ROQUEBRUNE sur ARGENS

At 45 ‘ from Le CLOS GERALDY Bed and Breakfast, The Rock of Roquebrune is part of the most frequented natural areas of the department, located on an isolated massif which stands above the plain of Argens on 6 km2 and culminates at 376 m altitude. The breathtaking panoramic views of the Rocher Crest line will leave you with unforgettable memories. The Rock is ideal for hiking: a hiking trail, the GR51, allows you to make the tour of the Rock and follow various loops. The position of this Rock and its landscape impact led to its classification by ministerial decree of July 6, 1989. The wealth of the Rock at the biological level has allowed its integration into Natura 2000 sites. The City of Roquebrune-sur-Argens comes from begin the process of obtaining UNESCO’s World Heritage designation. 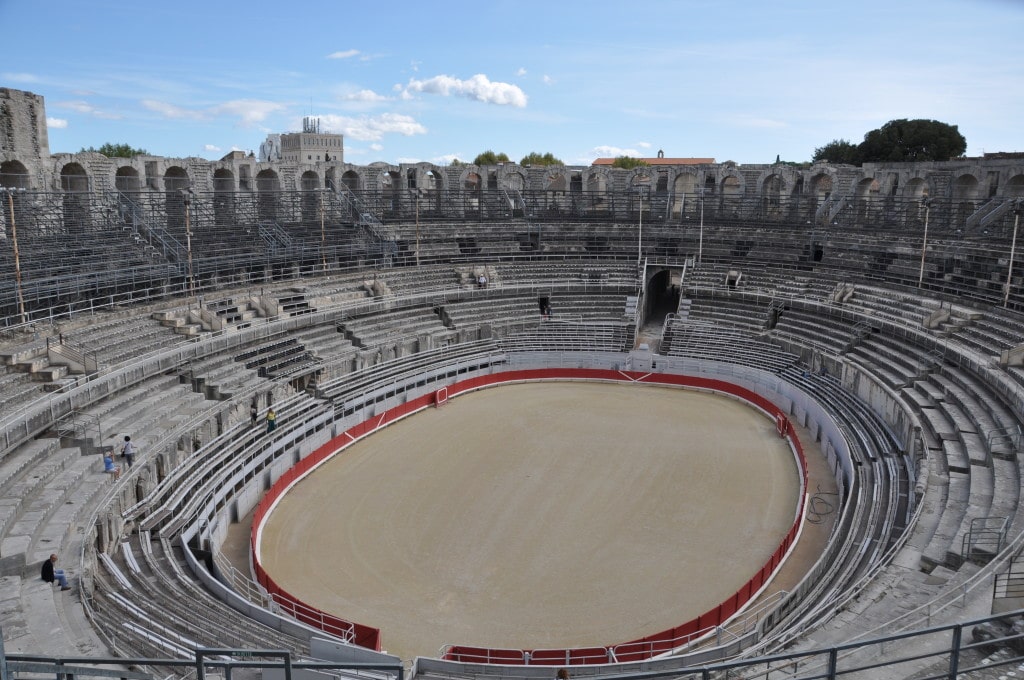 At around 1h Away from Le Clos Geraldy B&B at St Maximin la Ste Baume The city of Arles has a double inscription on the UNESCO World Heritage list, for the cultural property “Arles, Roman monuments and novels” and for the cultural property in series “Paths of Santiago de Compostela en France “. Eight monuments inscribed on UNESCO’s World Heritage List:
– The Roman Amphitheater
– The Ancient Theater
– Saint-Trophime church and its cloister
– The cryptoportiques (and vestiges of the forum)
– The Baths of Constantine
– The Roman ramparts
– The Alyscamps site 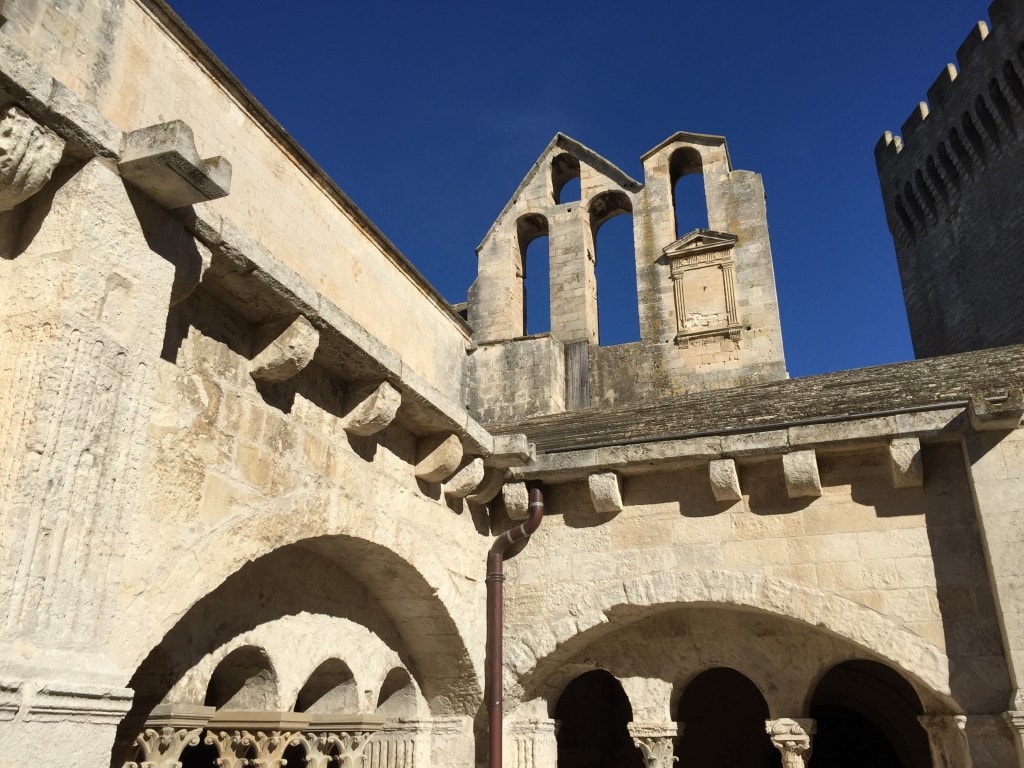 Near the town of ARLES

At around 1h Away from Le Clos Geraldy B&B at St Maximin la Ste Baume At the gateway to the city of Arles, the Benedictine abbey of Montmajour is an exceptional example of a monument that bears witness to nearly eight centuries of history and architecture in Provence. The abbey for a community of 50 to 80 monks consists of several buildings and forms a repertoire of Romanesque, Gothic and Classical styles presenting eight centuries of history and monastic architecture from 949 to 1791.
The necropolis: XIth – XIVth century. The creation of this cemetery is the very origin of the abbey. The monks buried the dead, celebrated the private masses requested by the families and received in return for death duties (wills). The cemetery with the graves dug out of the rock stretched, east of the monastery, from the apse of the abbey to the Sainte-Croix chapel. 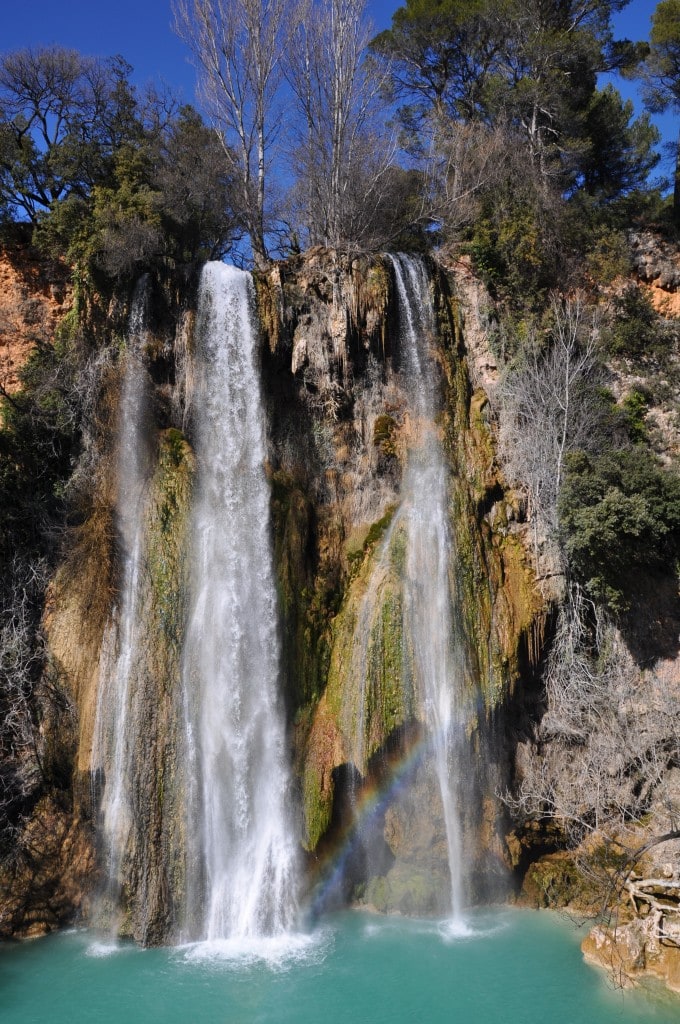 Protected site at less than 30 minutes away from Le Clos Geraldy Bed and Breakfast , The SILLANS la CASCADE WATERFALLS rises 44m from the cliffs of tuff pink travertines where clinging pines, fig trees, cushions of green moss and falls into a beautiful basin. The look is magical, the panoramic view.

This beautifull walk of one hour is not accessible to people with reduced mobility, nor to small children in strollers. 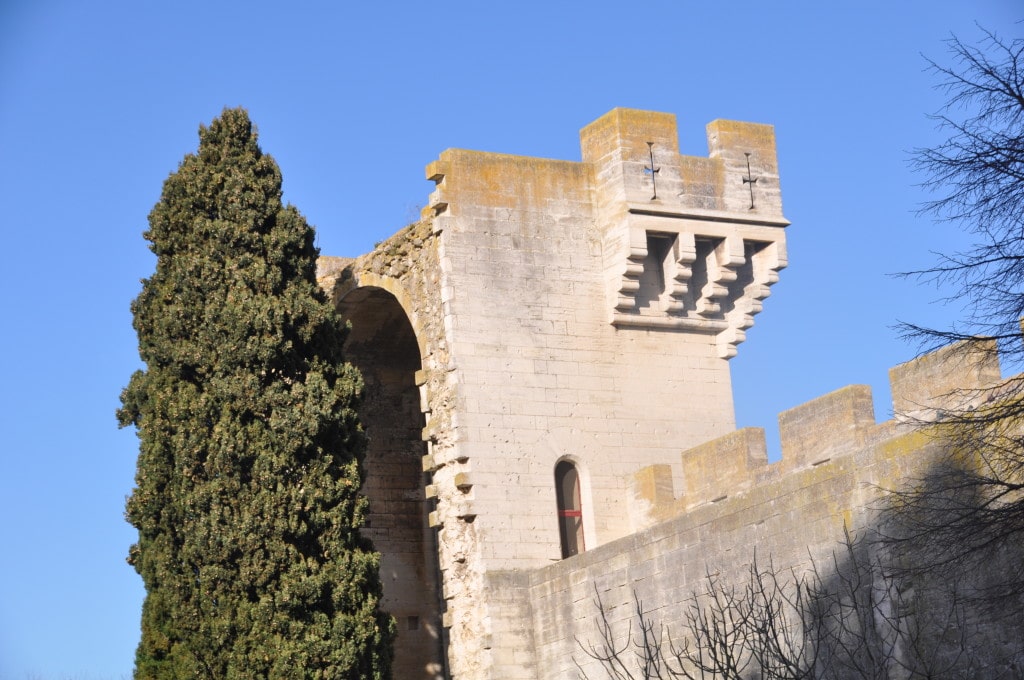 On the road to CAMARGUE and 1 hour away from Clos GERALDY Bed and Breakfast , Tarascon has all the assets of a Provencal city, built along the Rhone in the heart of the Golden Triangle Nimes, Arles and Avignon.

Tarascon is the meeting of history, architecture, nature and legends.

From festivals to festivals, exhibitions to concerts, Tarascon, emblematic jewel of the Counts of Provence, listen to his heart beat with passion for the arts and shows in any season. 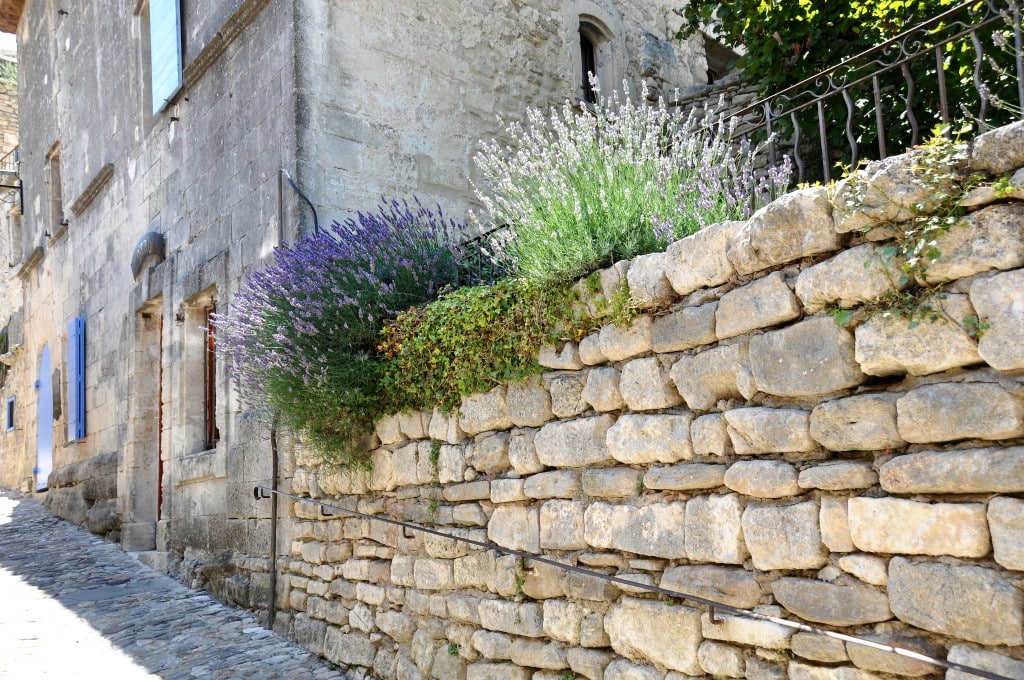 At around 1h Away from Le Clos Geraldy B&B at St Maximin la Ste Baume Whether small or large, perched or located in plain, LUBERON villages and hamlets are so many pretexts to taste the tranquility of Provencal life. Around the fountains, in the shade of plane trees, in the picturesque streets, narrow and winding and on the burning cobblestones of village squares, each of the villages is distinguished by patrimonial curiosities and original architectures.